The year of preparation for the next fifty requires community collaboration to advance our development drive and its sustainability, and fulfill our aspirations to a better future for our UAE.

Currencies in circulation in the UAE

The Museum opened to the public in 2013, marking the 40th anniversary of the Central Bank of the UAE.

The CBUAE announced the inauguration of the Central Bank Museum of Coins and Notes in its Head Office in Abu Dhabi City on 17 December 2013. The aim of establishing the Museum is to allow researchers, visitors, school and university students and those interested in this field to know the various phases of currency development in the region before the creation of the United Arab Emirates and to get acquainted with banknotes, coins and commemorative coins issued by the Central Bank.

What do the museum's sections include?

The museum has six sections as follows:

- The Currency Board Issuance 1982

- Banknotes sheets on the printing stages of the UAE's banknotes

- Design trials for the 1982 issuance

- The first devices used to count banknotes and coins

- Gifts: The first watch used in the Central Bank 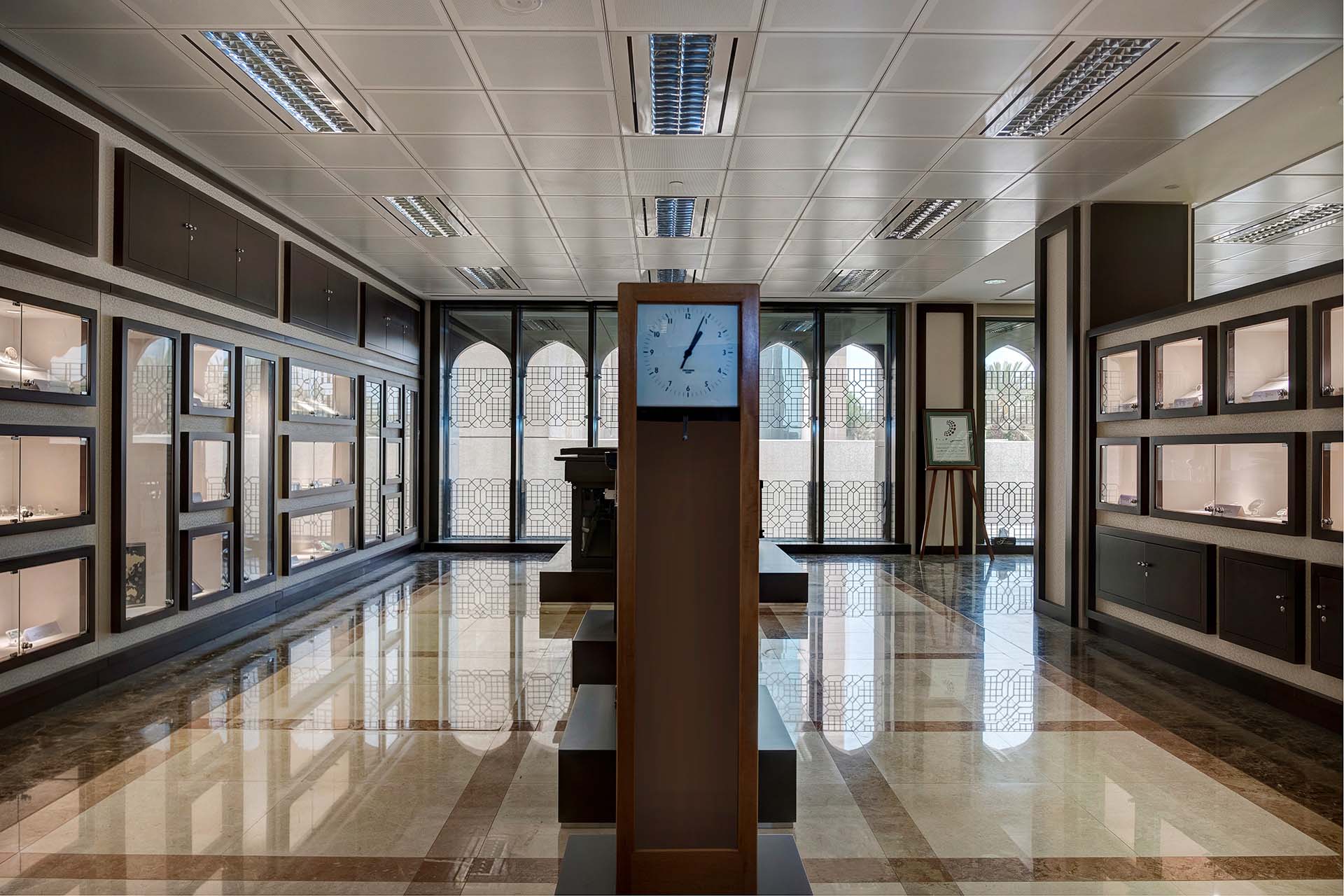 This page is for contacting the Museum Officer 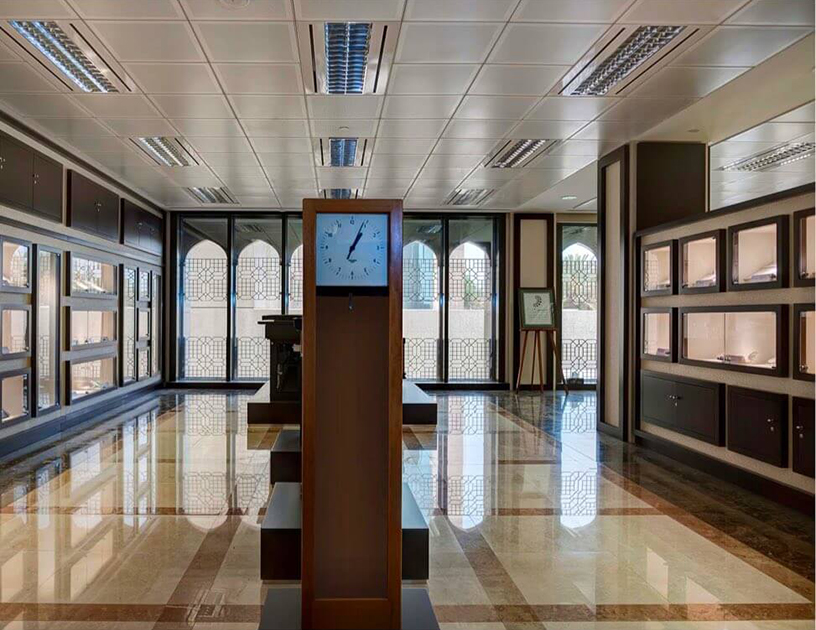 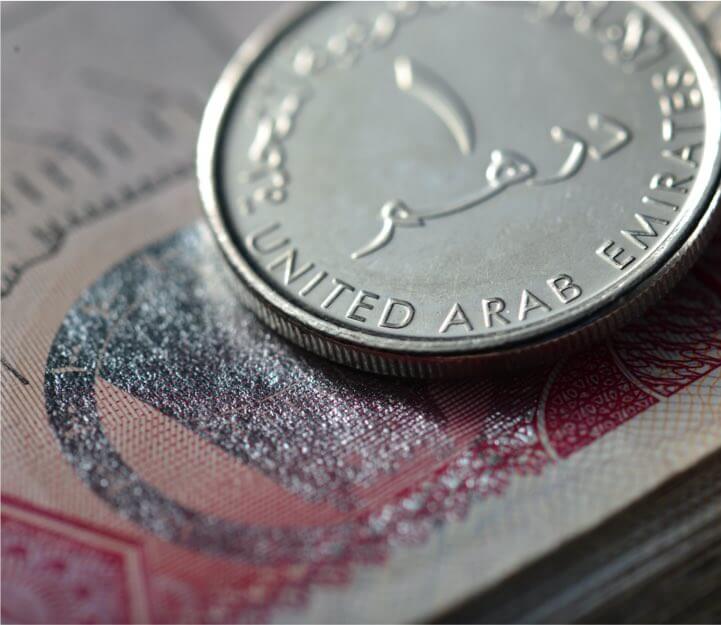 In 1973, the UAE Currency Board issued the nation’s first banknotes.

In 1982, CBUAE released a second issue of UAE paper currency, following the transition from the UAE Currency Board to the CBUAE, instituted by Union Law No. (10) of 1980.

As a result of this transition, the current CBUAE banknotes - which are familiar to us today - replaced the previous issue of UAE Currency Board notes.

Currencies in circulation in the UAE

Upon the establishment of the UAE federation, one of its important achievements was to establish the currency board. Once the currency board was established, the first currency bearing the name of the United Arab Emirates was issued by the currency board on 19 May 1973. All coins and banknotes were issued on that date, except for the 1000 dirham banknote, which was subsequently put into circulation in January 1976.

- Accordingly, the CBUAE has put the banknotes into circulation during the same year in 1982.

Once the banknotes (1982 issuance) were put into circulation, the CBUAE took the necessary procedures and measures to withdraw the banknotes issued by the currency board from circulation in two stages.

Therefore, the banknotes issued by the currency board which were not replaced during the above two mentioned periods lost their power as legal tender.
They were not to be dealt with and their owners were entitled to replace them thereafter only through the CBUAE within five years from the date of enforcement of the withdrawal decision.

Accordingly, the period specified for the replacement of bank notes (issuance by the currency board) is considered to have expired as follows:

Coins circulated in the UAE

The designed categories of coins issued by the currency board are still used and in circulation, however they have been downsized and the large old coins have been withdrawn in phases.

Accordingly, the UAE's coins consist of the following categories: one dirham, 50 fils, 25 fils, 10 fils, 5 fils and one fils.

Admission Fee
Admission is free for all visitors.

Address
The Central Bank of the UAE headquarters

Please note that the museum is currently under maintenance and will be closed until further notice.

We apologise for any inconvenience this may cause. 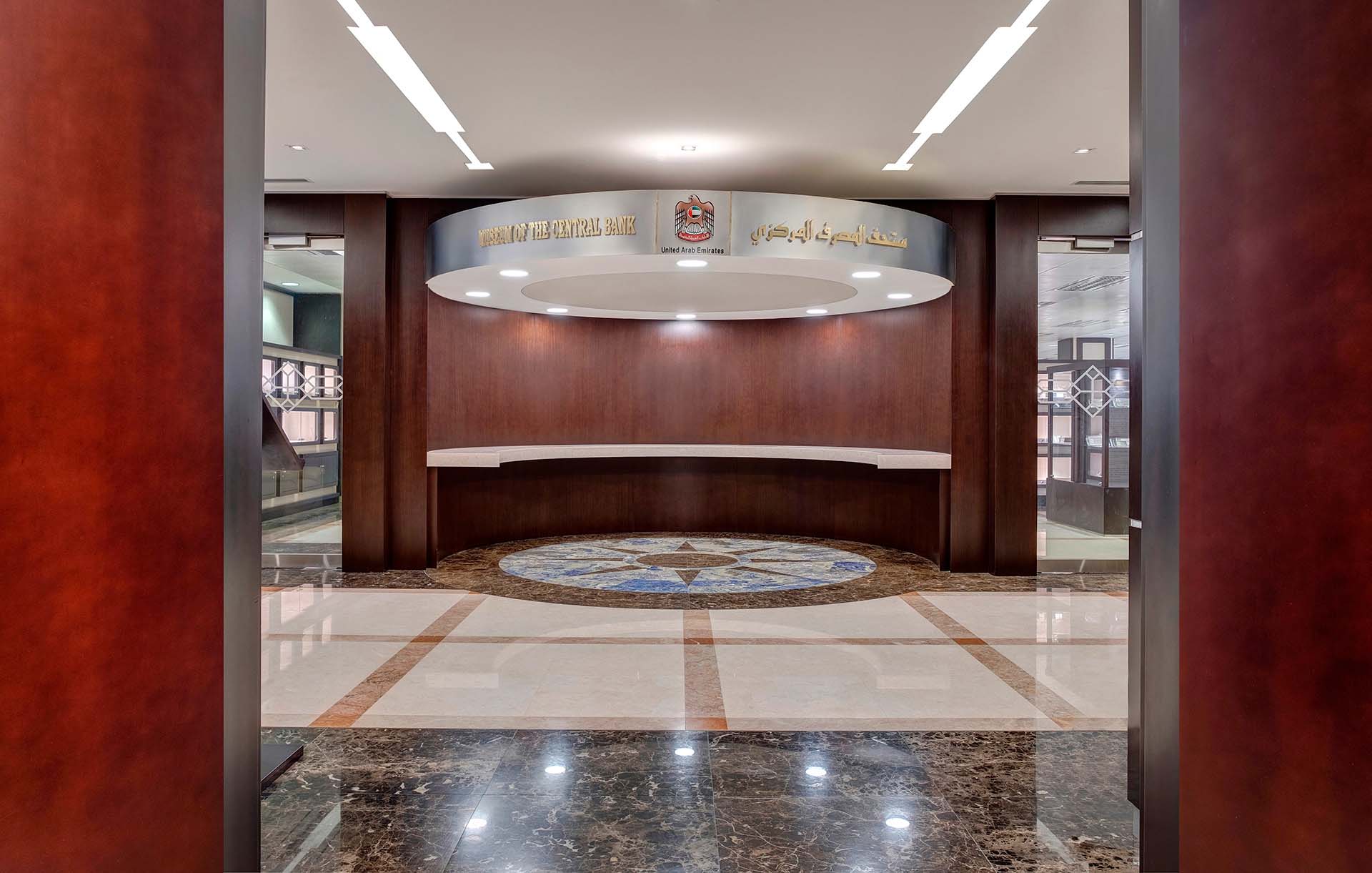 You can book your visit to the museum online by filling the form on this page.

The CBUAE museum houses a fascinating variety of artefacts and exhibits that help to tell the story of the UAE’s history and formation. Visitors can observe historic machinery that reveals how the population used to live and work, see the past currency and coins that paved the way for today’s UAE dirham (AED), observe scripts that offer a snapshot in time, and much more.

The museum contains various regional currencies that were used in the UAE and across the region. These include the Indian Rupee, Saudi Riyal, Bahraini Dinar, Qatar and Dubai Riyal (1966-1973) as well as currency notes issued by the Currency Board and the CBUAE. The museum also holds previous commemorative coins issued by the CBUAE. Moreover, you can discover historical equipment that was used by the Central Bank for counting, sorting notes and coins, and punching unfit banknotes.

You can take a tour of our virtual museum and make your own discoveries from the comfort of home.

Admission is free for all visitors.

Thank you for your feedback